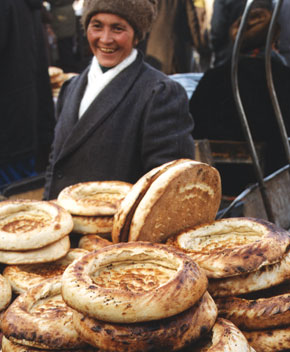 1. Muslims live in the Middle East.

Most Muslims (one billion) live in Asia, predominately in south and southeast Asia. More than 300 million Muslims live in Sub-Saharan Africa as well.

The four largest Muslim populations are in Indonesia, Pakistan, India, and Bangladesh, each home to more than 100 million Muslims.

The Middle East is a vague and often negative term which does not accurately reflect where Muslims live.

The majority of people who live in north Africa, the Arabian peninsula, and southwest Asia are Muslims, but they constitute only about 20% of all Muslims.

An Arab is a person who speaks Arabic as his or her native language, and only twenty percent of Muslims fall into this category. Millions of Arabs are Christians! There are about 300 million Arabic speakers in the world today. Arabic is the majority language of twenty-three nations. Turkish, Iranian, Indonesian, Pakistani and other Muslims may feel hurt if you assume they are Arab.

3. Muslims don’t believe in Jesus and are not interested in him.

Muslims highly respect Jesus as a prophet of God and value his teachings. Muslims often name their sons after Jesus, who they call Isa, although they do not understand Jesus as the son of God or understand that he died on the cross for the sins of mankind. The Qur’an, however, mentions Jesus 93 times, teaching that he preformed miracles, was born of a virgin, and will return again as Messiah. Muslims may ask you, “Why don’t Christians follow the teachings of Jesus?”

4. Muslims worship the moon and a Moon-God.

There are some Christian groups which teach that Allah is an idol for the moon god. Others mistake the Arabic word Allah as meaning a “moon god” because Islam uses the symbol of the crescent moon. This is a very offensive accusation to Muslims. Allah is the Arabic word for God and is very similar to the Hebrew word El and the Aramaic word Elah. The most fundamental belief in Islam is worshiping the one true God. Arabic-speaking Christians and Jews also use the Arabic word Allah for God, as do all Arabic translations of the Bible. There is no other word in Arabic for God. Muslims do not worship the moon. The use of the crescent moon as a symbol of Islam comes from Muslim practice of following a lunar calendar.

The vast majority of Muslims are moderate, pious people who suffer more from terrorism and violence than non-Muslims. Ninety-three percent of Muslims do not support extremist views of terrorism.

Gallup, Inc. conducted a revealing poll about Moderate vs. Extremist Views in the Muslim World.

6. Muslims are engaged in Jihad (war) against us.

The meaning of the Arabic word jihad is struggle. It usually means a struggle of one’s soul against the self and sinful desires. Muslims refer to this inner struggle as the greater jihad. Muslims also have social campaigns to end poverty and hunger which they also call jihad.

Like Christianity, there are many sects of Islam. The two major branches are Sunni and Shi’a, but there are thousands of sub-groups, each having different doctrines, their own theology, and different Islamic schools of thought and law.

Most of the oppression of women by Islam and Muslims that is highly publicized is usually due to local customs and traditions. Muslim women have been presidents and prime ministers. Violence towards women and forcing them against their will is not permitted by Islam. Care for widows, orphans, and the poor is one of Islam’s strongest teachings. Unfortunately, many women are oppressed, However, this is a global issue and not just Islamic oppression. Prevalence of abuse of women is not higher among Muslims than among non-Muslims.

Muslims place a high value on education. Many Muslims are highly educated with Master’s degrees and PhDs. Many Muslims speak multiple languages. Until the industrial age, Islamic universities were the world leaders in math, medicine, science, law, architecture, and many other fields of study. The scientific method has its basis in Muslim advancement of science. Muslims cite the Qur’an as their encouragement to seek knowledge of the world around them. Many Muslims come and study at our universities, yet today most Muslims are poor and lack educational opportunities.

The Muslim community worldwide places a high value on family life. Generations of a family live together, often in the same household. Elderly family members are cared for in this environment; this is viewed as an honor, not a burden. It would be shameful to put them in assisted living or retirement homes. Children are included in all areas of life and usually the center of all family gatherings.

11. Muslims are archaic with little value for culture and the arts.

While Europe was still in the Dark Ages, Muslim societies were making advancements in medicine, mathematics, physics, astronomy, geography, architecture, art, and literature. In fact, the renaissance happened as a result of the ancient and new knowledge reacquired from Muslims universities.

12. Muhammad was the founder of Islam and Muslims worship him.

Muslims believe that Muhammad was God’s last prophet and communicated God’s final revelation. Muslims consider Adam the first Muslim. Muhammad is seen as the best example of how to be a good Muslim. He is held in great esteem, but he is not to be worshiped. Worship is reserved for God alone, and it is strictly forbidden to worship anyone or anything else. Muslims may celebrate Muhammad’s birthday in the same way that we may celebrate Martin Luther King Day or Columbus Day.

13. Muslims are lying about Islam being peaceful.

Most Muslims are moderate, pious, nonviolent people who are trying to honor God in their lives. Muslim scholars who study the Qur’an explain Islam as a religion of peace, and most Muslims see Islam as a religion of peace as well, preferring to let others live as they wish. The media has sensationalized the views of a small percentage of violent extremists as the legitimate understanding of Islam as a community seeking global domination by force.

This lie is repeated frequently in the media and unfortunately by Christian leaders as well. Leading Muslim groups and scholars constantly denounce the extreme views of violent Muslims, while teaching against and refuting radical teachings. Google “Muslims against terrorism” and you will see this.

15. Islam is growing faster than any other religion.

Not true. Christianity is!