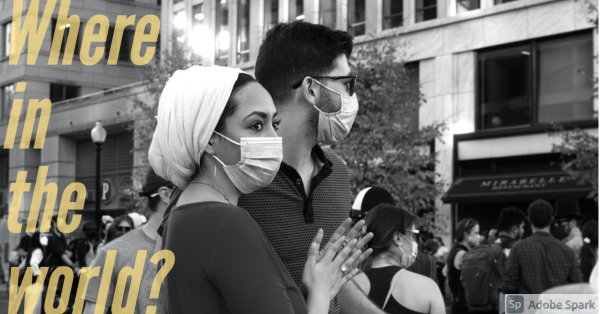 We tend to keep track of what we love, right? You know pretty much where your kids are. At a moment’s notice, you could put your hands on your military medals and important documents. I have a pretty good idea what chips and cereal are in the pantry. The cat, on the other hand, could be anywhere!

As people who value Muslims and strive to love them as God does, it’s good to know where they are.

Of course, you are likely familiar with the counter-intuitive reality that most Muslims are not Arab, don’t live in the Middle East, nor speak Arabic. And while I feel far more comfortable paddling around in ethnographic, rather than demographic data, it’s good for us to grow in our understanding of where Muslims are and aren’t.

In that pursuit, the good people at Dimitrov Research Center shared a website with fascinating graphs showing the percentage of Muslims, Hindus, Buddhists, and Christians in a given country.

I was particularly struck by the dearth of countries having either a hefty minority or a slight majority of Muslim citizens. There are only five countries with Muslim populations between 18 and 87%! Buddhists and Hindu populations follow a similar pattern. Christians, on the other hand, seem more evenly spread between none and 100%.

I wonder how this came about and what it might mean. How is the global political and religious situation affected by the reality that most Muslims live where they’re either a tiny minority or an overwhelming majority? How does that shape the broader narrative about Muslims? How does this influence how your Muslim friend sees herself or his world?

One thing it makes me think: The next time someone asks me, “How do I find God’s will for my life?” I’m going to say, “Look at this chart!”

Global research hall-of-famer and Muslim Connect reader, Dr. Todd Johnson has said that eight or nine out of every ten Muslims, Hindus and Buddhists don’t have a friend who follows Jesus. May our lives shift that reality.