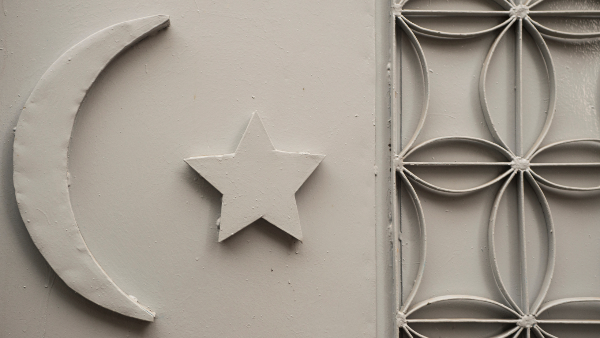 Do you like Malcolm Gladwell? I do. A lot. How could you not? Cheeky, Canadian, Mennonite, and a journalist who makes you think. I’m a big fan of his podcast Revisionist History. This season he’s proposing an interesting question: If you had a magic wand and could create an experiment without regard to cost, time, ethics, etc, what would you do?

I love these sorts of questions: If someone offered to pay for a five-week, five-figure vacation for you and your people, what would you do and where?

And more pointedly for Muslim Connect: What would you like to know about Muslims? What would help as you pray and pursue relationships with them? What do you wonder about or just not get? Hit me up and let me know. I want to write Muslim Connect for you!

Here’s one I wondered about and got lost this afternoon exploring: What’s up with the star and crescent that has become so closely associated with Islam?

For starters, it’s not in the Qur'an. Allah is not the “moon god.” And Islam generally is not big on symbols.

It seems that a crescent moon served as a symbol for the town of Byzantium. When Constantine took over, he added a star for Mary, Jesus’ mom. When the Ottomans rolled into town, they changed a lot, but they kept the symbol, landing for the most part on the familiar red with white crescent and star. It began to be used more broadly, and, when Turkey became a country in 1923, they made it their flag.

Now it’s found on the flags of 20 Muslim-majority countries, innumerable mosques and various other things requiring a “hey, we’re Islamic” indicator. Although it is associated with Islam, it is not Islamic. Also, in the same way Muhammad is not the Muslims’ Jesus, the star and crescent do not have intrinsic representative power, as does the cross for Christians.

For more, watch this engaging three and a half minute video from the mind of a Muslim.