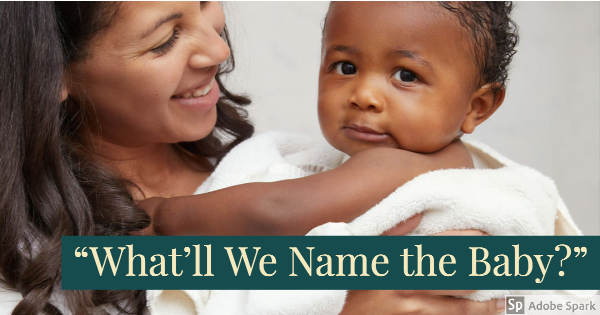 Drum roll please. . . For the first time in American history, “Muhammad” is in the top ten of the one hundred most popular baby names in the US! (Tweet this.)

I’m curious how this makes you feel and what you think about it.

“I knew it! They really are taking over!”

“I’d better learn how to spell it!”

“It’s time to move to the mountains.”

If you tend to be a little skeptical, you might be thinking, “Hmmm, I wonder if that’s really true.” I wouldn’t blame you. I’m skeptical of a lot of things. The data for this comes from “nearly 600,000 BabyCenter parents who shared their baby's name with (the site) in 2019.”

While this benchmark reflects the growth of Islam in the U.S. due to immigration, birth, and conversion, it might not be as big a deal as it appears.

The #10 spot on BabyCenter.com's list was reached by aggregating the various spellings of Muhammad. On the Social Security Administration’s site, the highest spot for any specific spelling is #345.

There’s also the reality that while a relatively high percentage of Muslim parents name their son Muhammad, for the non-Muslim population there is an increase in the diversity of baby boy names.

Finally, for comparison’s sake, fifteen of the top thirty names on the Social Security Administration’s site are either overtly biblical or at least Christian-ish!

What do I think about this data point? More Muslims to love and talk about Jesus with. And, as my Facebook friend says, a growing likelihood that a Mediterranean restaurant will open near me!

What I don’t feel is fear or resentment. God’s got this. More than “got it,” he’s using this opportunity for the expansion of his Kingdom. That might not look just as we’d imagined (it never does for me!), but, ah, will it be good.