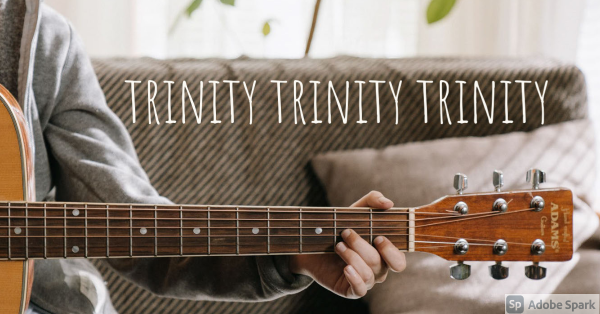 Have you ever tried to explain the Trinity to a Muslim? To a kid? To yourself? It’s a little tricky, isn’t it?

Most of the go-to analogies fall apart sooner than we’d like. And the distance between “it’s like this. . .” and “it’s a mystery that can’t be fully explained” is shorter than I usually prefer.

Here, however, is why it matters:

Happily, people much smarter and more experienced than me are working on this.

Georges Houssney, a world-class friend to Muslims, shares his conversation with a thoughtful, inquisitive Muslim friend. Houssney is kind to his friend, but deliberate in his use of scripture to illustrate the idea of Trinity. (He also uses the sun analogy but abandons it before full-scale Arianism!)

Academic, author, and philosopher, William Lane Craig responds here to a smart Yemeni guy’s questions about the Trinity. I definitely didn’t understand it all but was cheered by Craig’s assertion that a triune God is better than the unitarian view of Islam because it assumes a perfect God expressing love from before time began.

Like most of these kinds of issues, love trumps knowledge. May we avoid banging pots and pans, as God deepens our understanding along with our love for him and the Muslims he brings our way.

Next week will be the 200th edition of Muslim Connect. I’m deeply happy it’s gone on so long and want to say thank you by giving a $100 Amazon gift card to one reader. Everyone who reads next week will be entered. You can double your chances in two ways: Tell me you’ve read since the very first issue back in January of 2017. You can also share this with a couple friends and let me know you have.