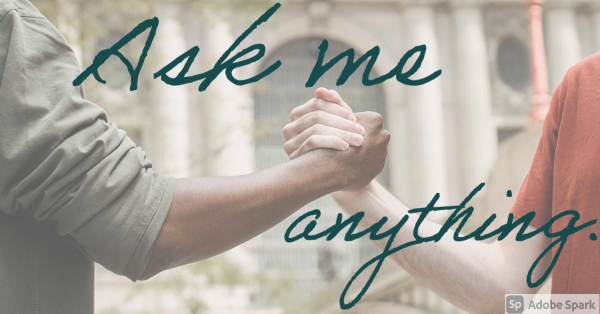 The large, meaty hand extended to me from a mountain of a man. “Khalid,” he boomed. “My name is Khalid. You need anything, ANYTHING, you let me know.” He said the second “anything” in such a way it seemed likely to include finding suitable matches for my daughters and getting rid of a body!

We were unloading the moving truck at our newly rented home in England when Khalid, my Pakistani neighbor, came out to meet me. I felt small, white, but very happy.

Sarah Lanier helps us understand a fascinating social reality in her book Foreign to Familiar. She says some cultures, usually those from warmer climates, tend to be warmer in relationships, prioritizing them over time. (This includes most Muslim cultures.) Other peoples, often from chillier regions, value good planning and keeping appointments over hearing the rest of a long story.

Of course there’s much more to it. I think you’d love the book. My experience moving from Holland, the poster child for “cold-climate culture,” to a mostly Pakistani neighborhood in another cold culture, England, was like a case study from the book.

Coming from a cold culture myself, life in Holland felt mostly normal. Direct communication. Punctuality. “You’ve got your bubble. I’ve got mine!”

But I’ve grown to love the blessings of warm-climate cultures. Hugs and hummus. Three cups of tea and talks that aren’t time-limited. Heaven will be richer for the inclusion of many from such people groups.

For an Indiana boy there are challenges though: Sometimes I just want to yell, “Would it kill you to just say what you mean? To show up when you said you would? To stop bringing me baklava before I’m as big as a battleship?” TBH: I would never say that last one!

Got a great “dizzy in the opposite culture” story? I’d love to hear it. Thank you.