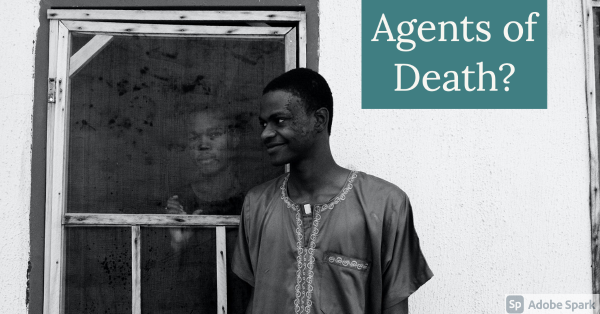 Boy, there’s a lot of news these days, isn’t there? Such craziness swirling around! Right in the midst of the hype and wildness, two gut-punch stories hit my news feed this week.

Nigeria
Armed bandits, likely a Boko Haram derivative, massacred 76 farmers in the rural northeast. Reports haven’t indicated if the victims are Muslims or Christian but did say “the massacre set a new benchmark of brutality.”

Indonesia
Four Christians were killed, including one who was beheaded, probably by an Islamic State group in rural Sulawesi. The terrorists also burned homes and a church.

As someone who advocates for Christians to love and reach out to Muslims, I mourn these events but also worry about the ammo they provide for those who oppose Muslims. And I sense resentment, even hatred, growing in my heart toward the perpetrators and those who encourage them. If you share these feelings, what can we do?

At a minimum, I think we should ask, for ourselves and others, these three questions:

What are the nuances?
It’s tough for me to imagine a scenario in which it’s ok to cut off someone’s head. I believe it’s always (or nearly so) wrong to kill another person. That said, there’s always (or nearly so) nuance, back story and motivation I don’t totally understand. The real reasons, though not justified, are more sophisticated than “Muslims are backward, evil, and violent.”

Are Muslims inherently like this?
If someone argues convincingly that the Qur'an advocates such activity and therefore non-violent Muslims are bad Muslims, I might concede the point rather than argue. But then I’ll go on to say, “How about we start with inviting those billion and a half ‘bad Muslims’ to follow Jesus?”

If these people are enemies of my sisters and brothers, how do I love them?
For starters, we pray for them. As we intercede for victims and families of terrorist attacks, let’s pray for Muslims who’ve bought the lies and those headed down that path. Then, as God directs and gives grace, we go to Muslims: down the block, in a nearby city, via Facebook, or by moving to the other side of the planet.