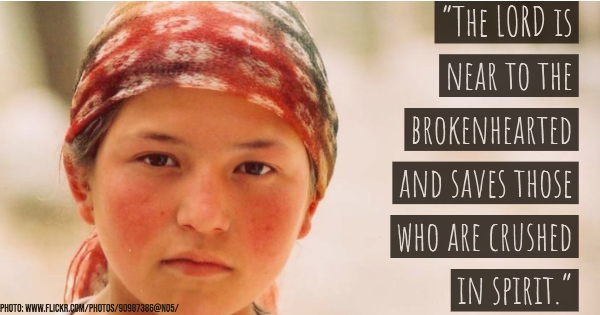 While writing Muslim Connect this morning, my heart was warmed as I watched someone give their winter coat to an old, cold, and possibly homeless guy. A quick “identify the problem, solve it” scenario pleases me. But few things work that way, eh?

Can I burden you with knowledge of a massive group of people living mostly in northwest China called the Uyghurs (we grrrs)? Twelve million strong, most are Muslim, and very, very few follow Jesus.

Reasonable estimates say in the last two to three years over one million Uyghurs have been put in internment camps by Chinese authorities because of their religion. That’s almost one in every six Uyghurs imprisoned. (Tweet this.)

Leading scholar Adrian Zenz laments, “There is virtually no Uyghur family without one or more members in such detention. . . .” Some analysts believe this may be the largest imprisonment of a group of people on the basis of ethnicity since the second world war.

There are also concerns for the children of the detained Uyghurs, who often seem to be removed from their communities and placed in orphanages or boarding schools where they are enrolled in programs promoting Chinese assimilation.

The Trump administration is taking solid action in response to these human rights abuses and legislation is moving through Congress “which would authorize regular monitoring of the situation by various government bodies.”

What can we do? Here are two actions you can implement immediately:

1. Pray. David says in Psalm 34, “The LORD is near to the brokenhearted and saves those who are crushed in spirit.” Relative to the scope of this travesty, your prayers may feel like flicking a marshmallow at the moon. But if God is who we believe he is, our prayers matter.

2. Share this like crazy. Many smart, passionate Christians have no idea what’s going on. You may share with someone who shares with someone who has God-given capacity to take strategic action.