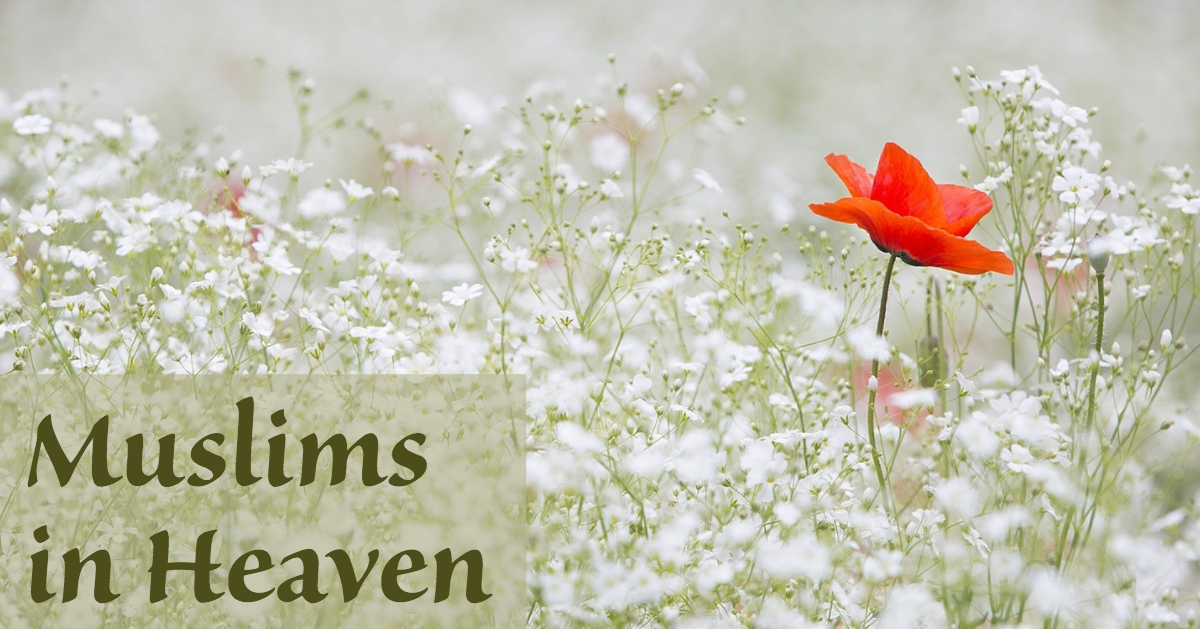 Muslims have a vivid and compelling sense regarding the eternal status of Believers. Jannah, roughly Muslim Heaven, is spoken of in the Qur'an, the Hadith (collected sayings of Muhammad that carry varying degrees of authenticity) and additional works.

If I say “Muslim Heaven,” one of your first thoughts might be, “Yep, seventy-two virgins for the dudes! Snicker, snicker!” While that specific notion is not actually in the Qur'an, some of the sensual descriptions could cause a sailor to blush.

This is less sexy, but it's in the Qur'an: “Allah has promised the believing men and believing women gardens beneath which rivers flow, wherein they abide eternally, and pleasant dwellings in gardens of perpetual residence; but approval from Allah is greater. It is that which is the great attainment.”

Somewhere alongside the offers to eat everything you want and then belch perfume, there is a desire for many Muslims to see, to be with, God. While I don’t understand the logic embedded in “Can’t drink wine here, but there’ll be rivers of it in Heaven,” I don’t want to caricature or disrespect Muslims. It seems counter to the way of Jesus, the way of love.

Then there is the unsure, wishful aspect of admission to Muslim Heaven. As I read articles on how to get to Jannah, many ended with a fingers crossed, “if God wills.” Ah, if our Muslim friends only knew how much God wills it.