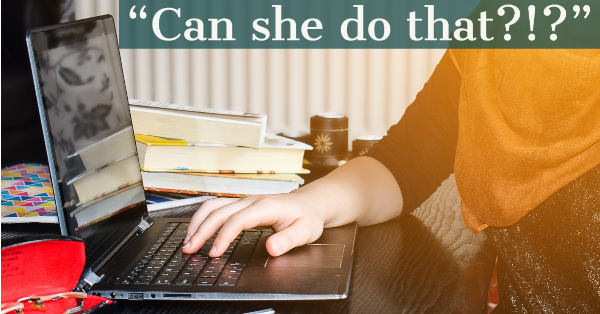 Two things that are true about me: I don’t mind a lively debate from time to time, and I’m usually ok with things being a little gray.

As a result, I enjoy chatting about the role women can, should, and do play in ministry. Also about what Paul meant when he said what he did about this and how we’re to deal with it today. In fact, I’d find it fun to kick this around with you. . .in a socially distanced way, of course!

I was surprised (embarrassingly) to discover that Muslims also wrestle with “women in ministry” issues.

Well, some of them do. Others, less so. Hui Muslims in central China began to establish Islamic schools and mosques for women as early as the 17th century. These continued through the Communist crackdown on religion in the 1950s.

Female Hui imams have served as inspiration for some of the women-led mosques emerging in our day. The daughter of a Syrian father and a Finnish mom, Sherin Khankan helped open the first such mosque in Denmark in 2016. Though she faced resistance to her plan to become an imam and launch a mosque, she contends there is “no valid religious criticism of us – we are on safe theological ground.”

The Quran, it seems, doesn’t talk directly about this issue. But a hadith (collection of sayings of Muhammad) recounts Muhammad asking a woman to lead prayers for her “house.” The debate is whether that only means the women in her house, the women in her village, or anyone who heard the call to prayer.

The sunnah (the written traditional customs and practices) indicates against women leading mixed-gender congregations since there are no examples of this happening.

Finally, the ijma (the consensus of Islamic scholars’ opinions) pretty much says, “No can do, buckaroo!” Imagine that, a bunch of old men agreeing women can’t share their power!

I suspect we'll see more women in Islamic clerical leadership in days to come, along with strong resistance in some areas. Sound familiar? I'd love to hear your thoughts.