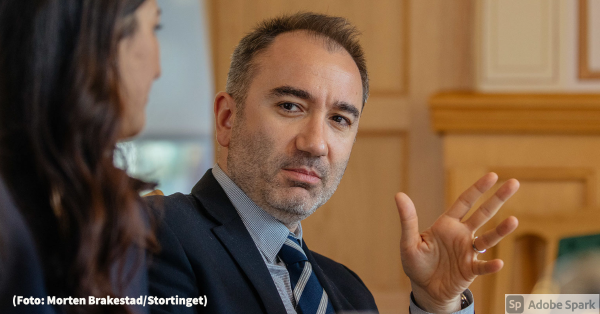 Please see the important note at the end of today’s email.

Todd Johnson is the co-director of the Center for the Study of Global Christianity at Gordon-Conwell Theological Seminary and a faithful Muslim Connect reader (clearly equally impressive credentials!). Mustafa Akyol is a Turk who writes extensively about “the intersection of public policy, Islam, and modernity” (sadly, though, it would appear he doesn’t even know about Muslim Connect!).

Akyol asks this key question: Can Muslims be Muslims and participate in the modern world without abandoning who we are?

Notice this question is asked by an insider. Akyol describes himself as “a ‘born-again’ Muslim, [having rediscovered my faith] in my college years.” He’s asking his tribe, but we can listen in and wonder.

You may have heard someone say, “If a Muslim isn’t committed to the dominance of Islam, even to the point of killing those who won’t follow, they’re not a real Muslim.” This conviction is espoused in different parts of the Muslim world and in varying quarters in the U.S.

Toward answering his question, Akyol goes back to the early days, scholars, and approaches to Islam to see if that is really true - if it is indeed the only way. Read the article or the book to get a brief or fuller answer, but, as you’d guess, he thinks there are options.

Smart people are always thinking and writing about God (unless God is you or a trinket in your garage, how can you not? he’s God!). That said, I lack the context to understand the degree to which Mustafa speaks the heart language of other Muslims. Clearly he doesn’t speak for all. But I’m glad he’s speaking out. . .to his tribe and to us.

Once a year, in the height of summer, I ask all the readers of Muslim Connect to donate some hard earned capital to keep these brief emails going and growing. Muslim Connect is free and always will be, but for the past 35 years, I’ve paid the bills (more or less!) with the kind gifts of friends, family, and churches. If you’ve found value in Muslim Connect, please consider sending a gift today. Thank you. Click here and choose me from the staff drop down. Thank you.