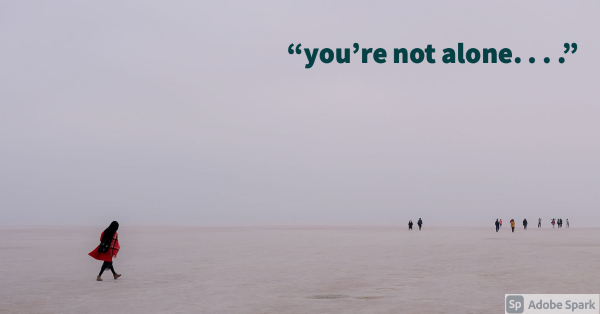 “What we do in life echoes in eternity.” - Marcus Aurelius

And sometimes bounces back way faster than that!

A whip-smart and spiritual friend of mine has lately been up to her virtual ears helping Afghans get out of Dodge. Not just any Afghans who want to get out (bless their hearts and journeys), but her personal friends and their friends. Even though, like me and (probably) you, she’s never been to Afghanistan.

(Heads up, none of these names are actual.)

My friend Anna first met Fatima in 2011 when she was on an exchange in the U.S. for two weeks! She exhibited the classic signs of a person of peace, and Anna began to study the Bible with her over Facebook. Fatima introduced Kadija to Anna and she joined the study as well. Fatima came to love Jesus in late 2015. She posted Psalm 31 on her Facebook page, which led to another Muslim-background believer reaching out and connecting with Anna! He went on to lead his wife to Jesus.

Anna met another set of Afghans she’s now helping when she attended a local Nowruz celebration, hoping to find some new Iranian friends. God spoke to her in reference to a nearby group of people, “There are the Afghans. Go to them.”

Two months before Kabul melted down, God gave Anna a word through a friend in a small group. God showed him a picture of Afghanistan and said Anna would have a significant role there. When the city fell, she began feverishly to work with Fatima and over two dozen others, including Kadija’s boss who asked for help.

Because Anna faithfully, intentionally sought to build friendships with Muslims in the U.S., when  “such a time as this” came, she was in a position to make a difference.

Of more relevance to us than Marcus Aurelius, the apostle Paul said, “Let us not become weary in doing good, for at the proper time we will reap a harvest if we do not give up.”

As of this writing, eight of Anna’s 33 friends have made it out to safety. The work continues.