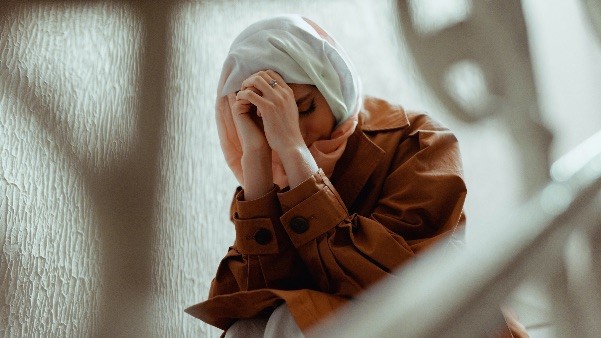 How’s your fear level these days? At the moment, mine’s pleasantly low: I survived a (relatively easy) bout with Covid, finances are fairly stable and I have a reasonably strong sense that both God and my tribe love me.

As you’d guess, none of those things are always clipping along at 100%, and it doesn’t take much introspection for me to recall crippling, awake-in-the-middle-of-the-night fear.

I don’t know where you are right now, but I think we can all agree that fear is no fun. And it’s a wrestling match between what you see and feel and what you believe to be true about God.

I don’t know if Muslims generally deal with more fear than Christians, as there are so many variables and so much diversity. I do know, however, that some fears are felt more in some Muslim cultures than they are in mine and probably yours.

The narrator shared his own fear as he grew up regarding others’ perception of him, including the disapproval of God as he understood him from the Qur'an.

He then prayed for other Muslims who fear. . .

. . .of not conforming to the expectations placed on them,

. . .asking for help and being vulnerable with people around them,

. . .asking questions about their faith because of potential consequences,

. . .rejection, of being disowned, of disapproval, of disappointing the people they love,

. . .the darkness they see inside themselves,

. . .their own sin being revealed,

. . .being discovered as a fraud or hypocrite,

. . .what will happen after they die,

We’ve felt some of these, haven’t we? Others are beyond my imagination. May Muslims all over know Jesus’s reassurance from Luke 12.32, “So don’t be afraid, little flock. For it gives your Father great happiness to give you the Kingdom.”