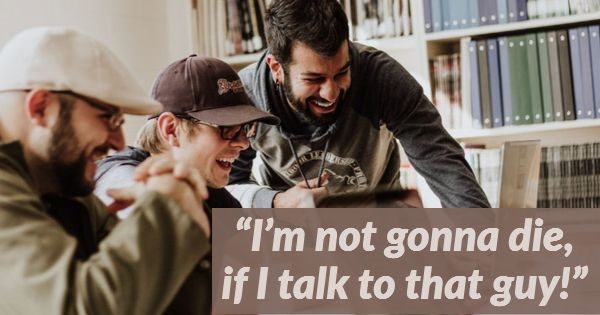 Have you ever wanted to do the stuff Jesus did? Some of the crazy stuff? What would it be like to make a whip of cords and thrash your church?!? (Well, that church you used to go to!)

Ok, maybe we'll leave that one to Jesus. But one of the things Jesus often did is available to us with limited risk of failure and high likelihood of success. Jesus talked to people who didn’t look, act, smell, talk, or think like him. Sometimes they were brought to him. Think the woman caught in adultery. Other times he went after them, e.g., Zacchaeus. And then there were times like Matthew’s shindig when Jesus chose to attend events he knew would gather a bunch of folks who aspiring young rabbis usually didn’t hang with.

These three things affect how likely we are to engage with Muslims we don’t already know:

To help with number three, I want to develop a tool called the Muslim Connect “Hey there, Thank you, You’re welcome” Cheat Sheet. It will equip normal people like us to say those things in a couple dozen languages that Muslims tend to speak. It won’t solve everything, but it might give you a tool to open a conversation.

Here’s what I’d like to know from you: Would you be helped by something like this? What language(s) would you like to see? Is this something you’d be willing to pay for? If so, how much? $2? $5? If you can take a moment, please shoot me a quick email, or just hit reply and let me know your thoughts. I’d really like to hear them.