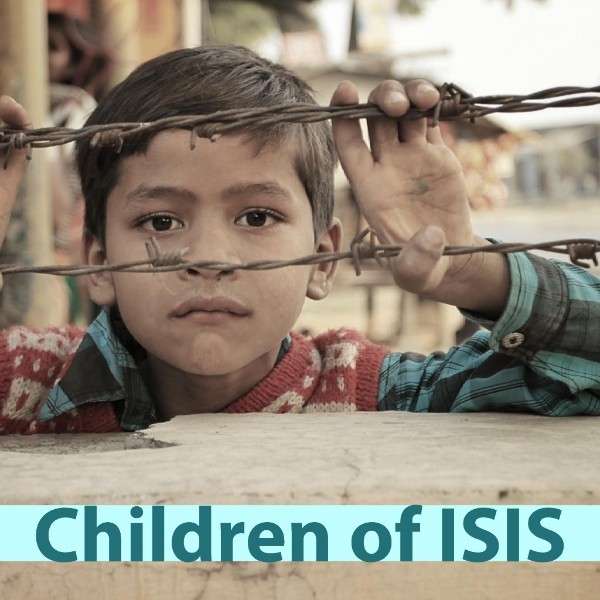 With the defeat of ISIS in Syria and Iraq comes the death of the caliphate dream. As the smoke clears, we’re beginning to sift through the rubble and look ahead.

As usual, women and children have suffered extraordinarily in this conflict. Here are three sets of kids whose situation remains perilous in a post-ISIS Middle East.

Orphans of Foreign Born Fighters
ISIS wooed fighters from all over the world. These soldiers married wives, fathered children and died on the battlefield. What is to become of the orphans, their widows? Their home countries don’t want them back and they are a pariah in the camps to which they’ve fled. We can argue that the women were complicit. But the kids?

Slaves, Freed and Not Yet
Yazidis by the thousands were taken as slaves. While many remain in captivity, some have been rescued or released. When will the remainder be freed? And what becomes of a child who spends age five to ten as a slave to a murderous regime?

“Cubs of the Caliphate”
Through schools and training camps, untold numbers of children came under the influence of ISIS in Syria and Iraq. While all were subject to propaganda, the ones who rose to the top, who were used both in advertising and operations were dubbed, “Cubs of the Caliphate.” With the caliphate dead, who are they now?

The Christian Science Monitor soberly observes that ISIS has left a “ticking bomb” in a disaffected, wrecked generation of Syrian and Iraqi youth.

What can we do?
We can learn. Goggle “isis kids” and dive in. You might want a box of Kleenex handy.

We can pray and enlist others to do so too, asking God for mercy and justice.

We can get ready to go and facilitate others’ going. There are kids whose hands need held, whose stories need to be heard and whose wounds somehow need to be healed.

Please forward this to friends who need to know, who will pray.