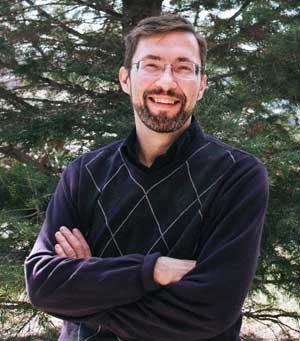 Keith Swartley has had a heart for Muslims since first befriending them in the old town of Mombasa, Kenya, East Africa in 1983. Since then Keith has enjoyed learning from and sharing with Muslims in Canada, Egypt, Ethiopia, Republic of Georgia, Indonesia, Kazakhstan, Korea, Kyrgyzstan, Moldova, Nigeria, Philippines, Russia, Thailand, Turkey, Ukraine, United Kingdom, and the United States. One day he hopes to retire in the Muslim world, but until then Keith plans to continue motivating Christians to share the love of Christ reverently and gently with Muslims around the corner or across the globe.

Keith and his wife Ethel, a university professor teaching English as a second language, have been married for over thirty years and have two daughters: Margaret and Charis. In addition, their family has often included international students hosted for up to two years at a time.

From 1993 until 2002, Keith was on staff with the U.S. Center for World Mission (now Frontier Ventures) in Philadelphia, Pennsylvania. A focus of Keith’s ministry since 1992 has been the development of the Encountering the World of Islam (EWI) course. After September 11, 2001, EWI became his main ministry focus. In the summer of 2002, the Swartleys joined Caleb Project in Littleton, Colorado, to further develop EWI, which subsequently came under the ministry of Pioneers in 2007.

For the last thirty years, the EWI course has trained over 50,000 participants to express the love of Christ and to plant reproducing churches among Muslims. EWI has been translated into Chinese, Korean, Russian, Portuguese, and Spanish, empowering Christians to love and effectively share the hope of the gospel with Muslims in 40 countries.

As a part of his ministry, Keith continues to teach in many venues, especially Encountering the World of Islam and Perspectives on the World Christian Movement courses. You can contact Keith at kswartley@encounteringislam.org.